Schedule Your Visit
View All Specialists 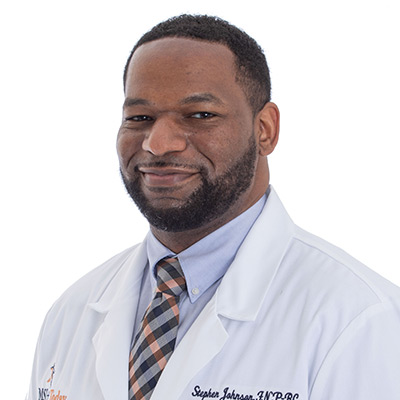 Stephen was born and raised in Nashville, TN, and has been a Licensed Nurse Practitioner since 2013 and worked previously as a Registered Nurse since 2009.

He is a two-time graduate of Vanderbilt University, where he earned his Bachelor’s Degree in Psychology and Master’s degree in Nursing. Stephen has extensive experience in both orthopedic and neurosurgery as a registered nurse.  For the past 6 years, as a Nurse Practitioner,  Stephen has worked exclusively in surgical, non-surgical, and urgent care orthopedics.

Stephen considers himself a health consultant. He strives to educate patients and assist in being informed consumers. When patients understand what is going on with their bodies, as well as the potential risks and outcomes of various treatments, they reinvest in their health and improve faster and better.

One of Stephen’s favorite sayings is, “A body in motion stays in motion.”